The main idea behind the creation of the Sangter Foundation is to support the development of Sikkim – one of states of India, located in the Himalayan Region, at the foothill of Kanchenjunga.
Under the auspices of Sangter Tulku Rinpoche, a Buddhist teacher, abbot of two Buddhist monasteries from Karma Kamtzang lineage, a group of volunteers from Poland and other countries has been working on improving the quality of life of people inhabiting this mountainous region.

South Sikkim is a region at the foothill of the third highest peak of the world – Kanchenjunga.
The area is scarcely populated, mountainous, subject to rough Himalayan climate, with poor road infrastructure and majority of population living of agriculture. It is a very ethnically diverse region, with extremely rich history and culture. It is also in a dire need of help, and this is what the Sangter Foundation, supported by people of good will, is trying to do.

The main idea behind the creation of Sangter Foundation is to support the development of Sikkim and caring for its inhabitants.

# Together We Can Do More.

The patron of the Foundation is Sangter Tulku Rinpoche – a Buddhist teacher, abbot of two Buddhist monasteries of Karma Kamtzang lineage.

The success of Sangter Foundation is a result of a joint effort of Sangter Rinpoche followers and students as well as friends, volunteers, sponsors and supporters from all over the world.

We introduce and start international projects and cooperation in order to gather sufficient funds, knowledge, equipment, and human potential to achieve our objectives.

That is helping to create an efficient health care system in region, increasing the quality of life of local communities, providing education, and protecting the culture of this region.

We also happily support other initiatives aimed at improving the quality of life and human health, predominantly ones thanks to which we can do something good for the others, irrespectively of geographical location and circumstances.

This message is only visible to admins.
Problem displaying Facebook posts. Backup cache in use.
Error: Error validating access token: The session has been invalidated because the user changed their password or Facebook has changed the session for security reasons.
Type: OAuthException

H.E. Sangter Tulku Rinpoche with @ Sangter Foundation wishes all the best to Chinese Dharma brothers and sisters on the occasion of the New Year.

May Water-Rabbit New Year, 2023, bring You good health, fortune, happiness and well-being.
May it be prosperous and joyful for all of You and your families.
Many, many Tashi Delek🐇💫🧧🎉

With a fresh start into this New Year Mane Chokhor Ling Monastery | Rabong| South Sikkim; the community invites all young students to participate in traditional cultural winter classes.
During this, 2023 year's edition, participants will gain knowledge and improve their fluency in traditional Sikkimese Bhutia script and speech. They will also learn characteristics of the Bhutia community Sikkimese folk dances and songs. Participants will be introduced to principles and guidelines of Buddhist conduct in a monastery environment (how to pay respect to the Three Jewels when visiting the monastery, way of making prostrations and offerings).
Classes start on 8th January and will have a duration of one month. Participation in the winter course for all interested is free of charge.
We mostly encourage and invite all students to take part in this course. 👨‍🏭👩‍🏫🙂 ... See MoreSee Less

On the behalf of H.E. Sangter Tulku Rinpoche with @ Sangter Foundation team, we would like to wish You all a very Happy New Year 2023.
May the coming year, 2023, bring joy, happiness, peace and good health to all brothers and sisters, followers, supporters and to all beings from near and far.
May wisdom, kindness and compassion accompany you on every step of your everyday life to benefit all sentient beings.
Happy Year to @all. ✨💗🙏🎁 ... See MoreSee Less

//Old Ralang Monastery, Rabong; South Sikkim//
We share with you, dear Dharma brothers and sisters, photos from the current annual 10 days long Mahakala Puja and Lama Dance Ceremonies. We pray that all Dharma protectors, Buddhas and Bodhisattvas take care of all sentient beings and that peace and harmony prevail.
On this occasion and to celebrate Sikkimnes New Year (Losoong), H.E. Sangter Tulku Rinpoche with Vajra Master, Umdze, Lamas and with all Sangha community would like to extend heartful wishes for all the very best in the coming New Year.
Many Tashi Delek for all people of Sikkim and to all well-wishers, supporters and all those close to our hearts from many countries around.
May you stay healthy, wealthy and happy in the coming New Year.
At the same time, we would like to wish you all a Merry, joyful and peaceful Xmass, a wonderful time with family members, friends and everybody around you.
Happy Losoong & Merry Xmas 🎄🌟🙏 ... See MoreSee Less

His education begins at the Institute of Higher Nyingma Studies - Deorali Shedra in Gangtok, Sikkim, India, where he studied according to Nyingma tradition. Venerable Sangter Tulku Rinpoche continues his education at Namdroling Shedra in Karnataka, South India for the next two years.

Then he studied and completed the three-year meditation retreat in Benchen Monastery Retreat Center in Pharping, Nepal under the guidance of Kyabye Tenga Rinpoche and His Eminence Sangye Nyenpa Rinpoche.

Although he is responsible for his own monasteries in Sikkim, in appreciation for his dedication in working for the Benchen community, Sangye Nyenpa Rinpoche and Kyabje Tenga Rinpoche, consider him a Rinpoche from Benchen monastery.

Venerable Kyabje Tenga Rinpoche recommended fully Sangter Tulku Rinpoche as a Buddhist teacher, underlining that people can rely both on his education and his meditation experience

During the summer course in the year 2010 in the Buddhist Centre in Grabnik Venerable Kyabje Tenga Rinpoche said:
"When Sangter Tulku Rinpoche reached the age of seventeen or eighteen, he was with His Eminence Chatral Rinpoche. At that time, Chatral Rinpoche made a prophecy for him, by saying: 'it would be a great benefit for your future if, for your further education, you go to Benchen Monastery'. So then, around the age of seventeen or eighteen, he went to Benchen Monastery and entered this tradition. He started studying all the necessary monastic rituals and other things. Eventually, he went to the three-year retreat centre in Benchen Retreat Centre known as Benchen Drubde Osal Ling in Pharping, Nepal. He did the three years and seven-months intensive retreat. I consider him a very good practitioner. During his three-year retreat, he definitely managed to gain excellent experiences and realization. Especially, Sangter Rinpoche loves me very much. He has given all his heart to me and I always consider Sangter Rinpoche as one of the tulkus, one of the Rinpoches of Benchen Monastery". 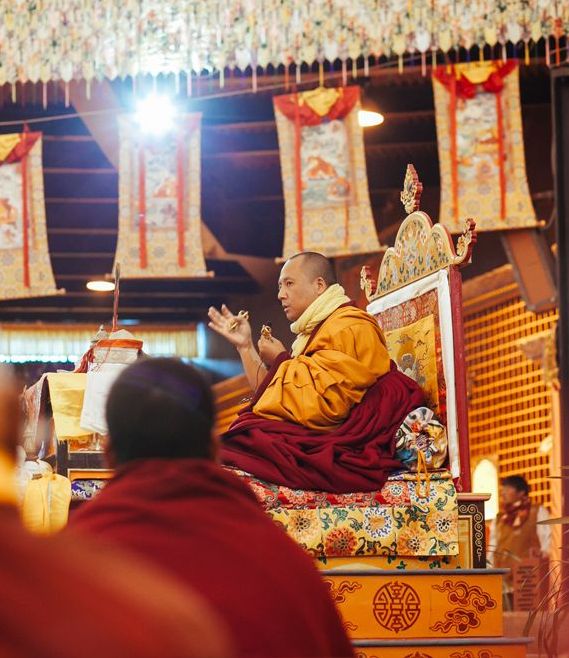 Sangter Foundation and its objectives 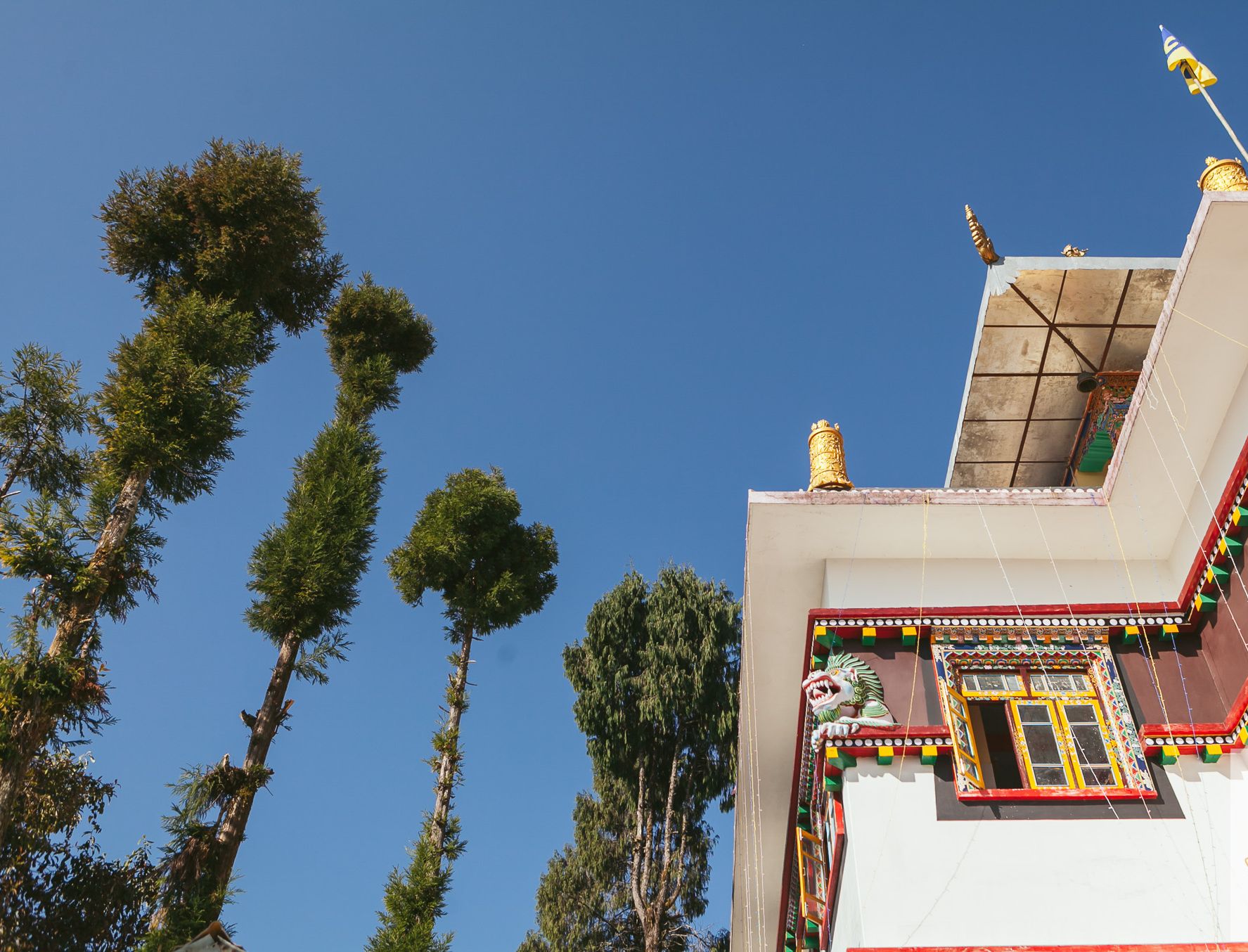 The main objective of Sangter Foundation projects in Sikkim is to create an efficient, basic health care system available to all inhabitants of the region. Because of very poor road infrastructure and difficulties to reach some areas of Sikkim, access to health care is seriously hindered or, in some places during winter and monsoon, even impossible.

We, as Sangter Foundation, want to change this. We want local people to know that in case of a disease, an accident or labour there is a place nearby that can provide them with quick and efficient basic medical help. For us, it is essential, that such help does not require people to travel a long distance to health care centres and does not require huge expenditures either. We think medical care should be widely available, easily accessed and delivered with kindness and care.

At present we are focusing mostly on:

We are also working tirelessly to build the foundations for future generations of healthcare worker, by creating an education system that would educate future nurses, midwives, natural medicine therapists and health-related medical sciences, representatives.
All these objectives are accomplished by our main medical project that focuses on everything health-related: the Sangter Foundation Clinic.

In our vision, a Clinic is a place where doctors, physiotherapists, midwives, herbalists and other medical professionals representatives are trying to do their best to make medical support, both conventional and natural medicine, accessible to all the Sikkimese.

Do you need more information or maybe do you plan to actively participate or support projects of Sangter Foundation Clinic?
Or maybe are you interested in travelling to Sikkim and work “on the ground” with our projects?
Please let us know by emailing us at office@sangterfoundation.org

Besides actively supporting the Sangter Foundation Clinic, the Sangter Foundation also focuses on activities allowing the sharing of knowledge, experience, and skills. Thanks to these projects and initiatives we want to improve the quality of life of local communities, activate local entrepreneurship, have a major impact on the development of education, protect the rich and diversified culture of the region, and help the people of Sikkim leading easier, better lives, despite all the inconveniences and difficult conditions.

Our initiatives cover the following areas: 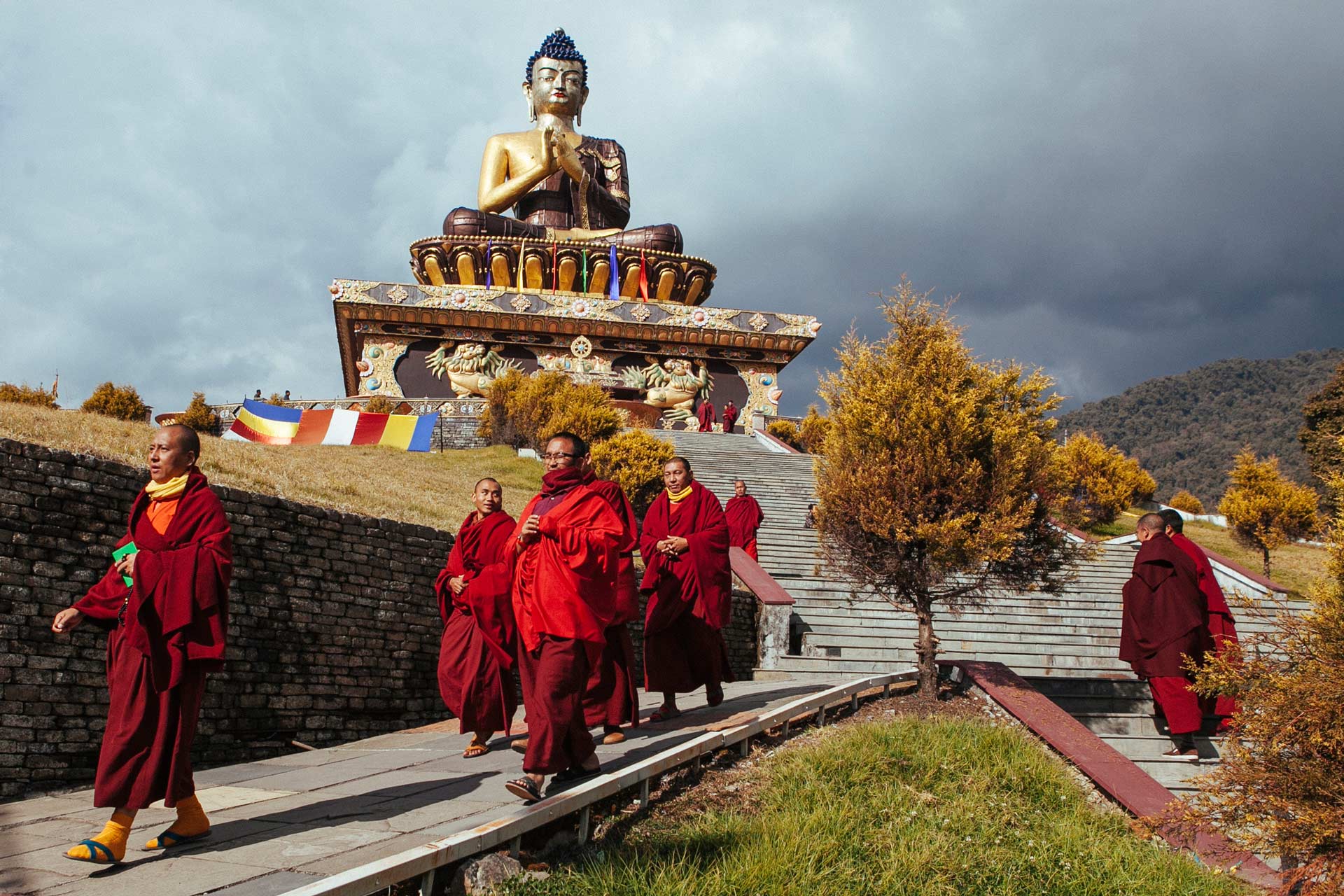 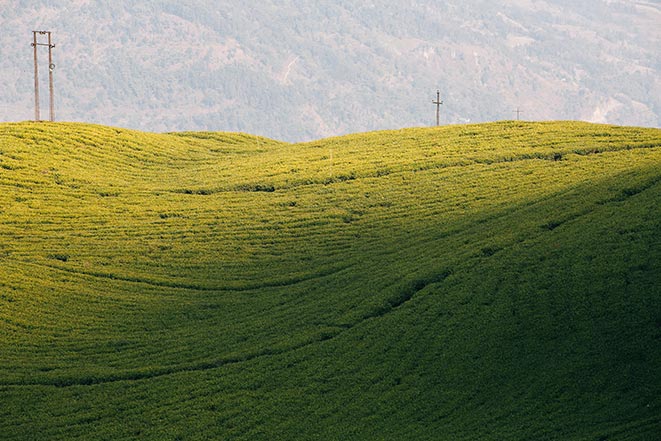 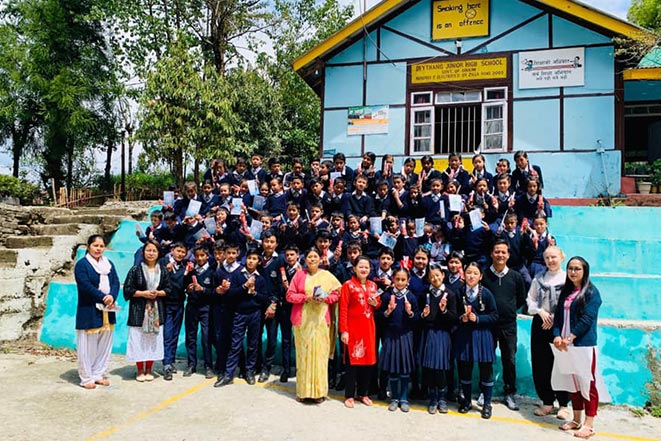 We believe that our initiatives will have long-term effects in the form of improved quality of life and health status of the Sikkimese.
We also invest in quick, short, very much needed actions, like help in organising medical transport for patients to other regions, when help cannot be provided on site; or more emotional projects like buying crayons, sweets or shoes for children from Sikkimese schools.

Do you see yourself supporting one or more of our activities? Do you know an interesting project or initiative that we could get engaged in?
Do not hesitate to email us at office@sangterfoundation.org

We are an international network of students, supporters, friends, and volunteers, that actively work in both Asia and Europe. Our efforts are continuously supported by people from Poland, Germany, Sweden, Denmark, Austria, Russia, India, Malaysia, and Singapore.

We always support initiatives aimed at improving the quality of human life and health, especially ones thanks to which we can do something good for the others, irrespectively of geographical location and circumstances. 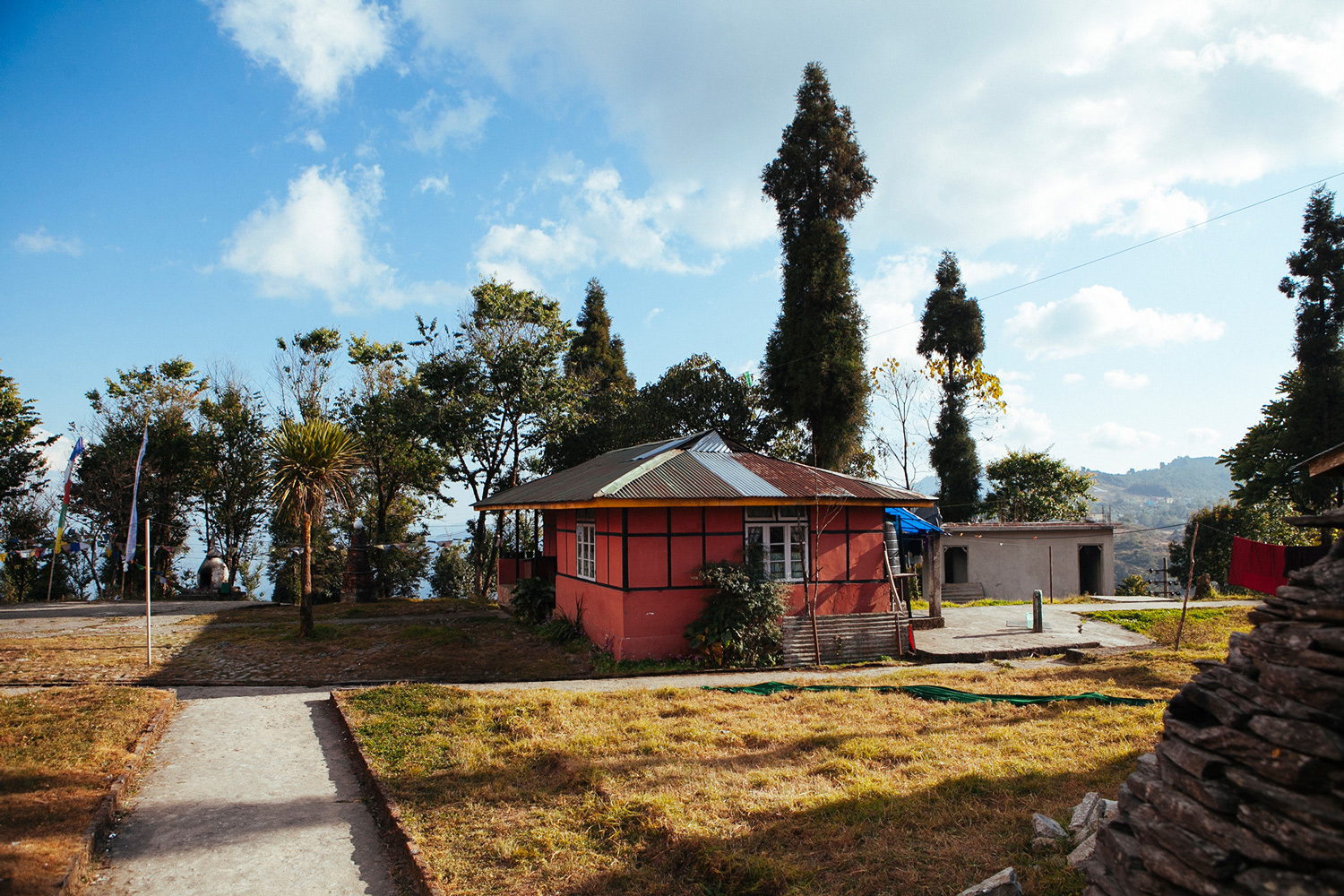 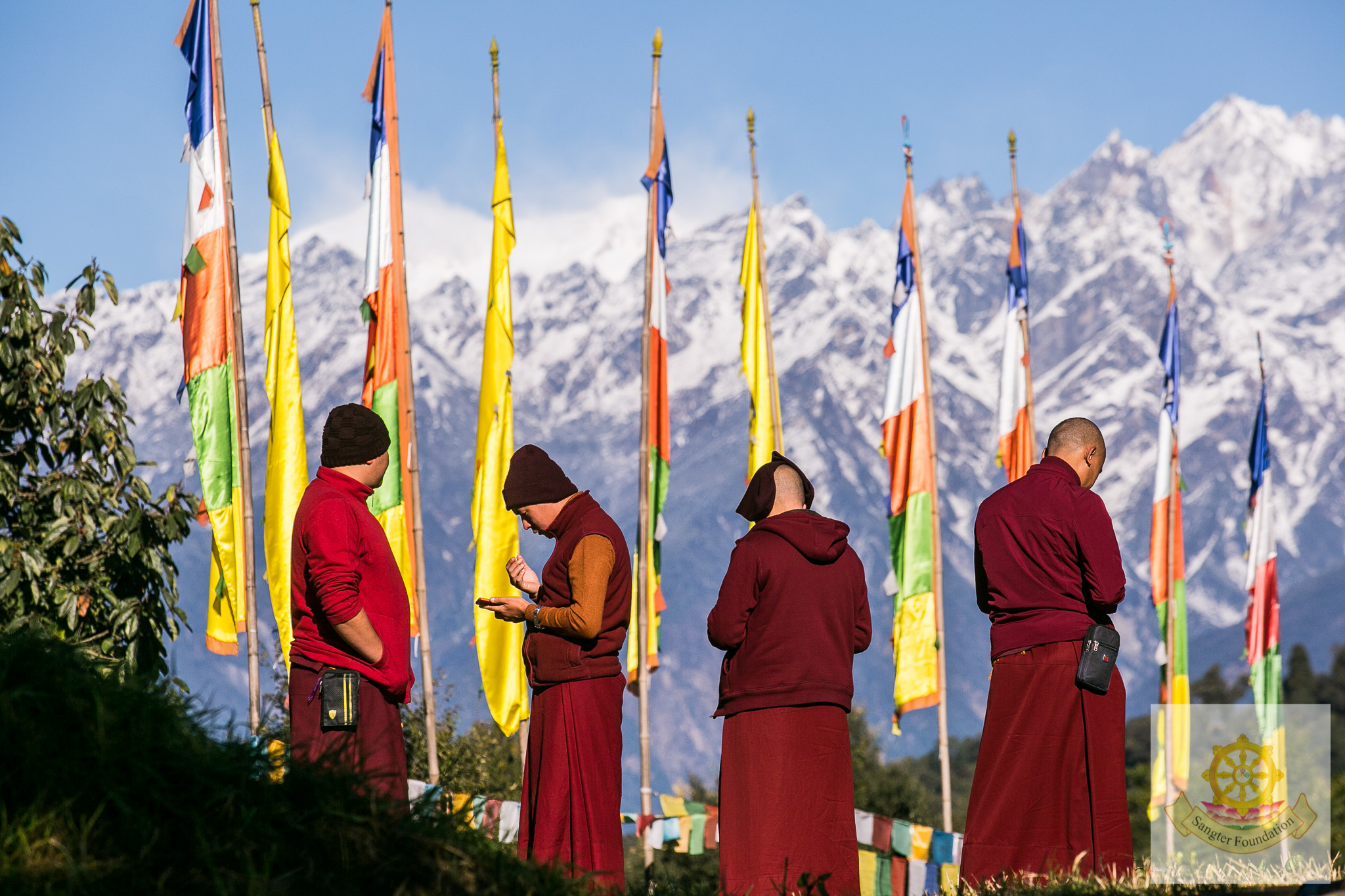 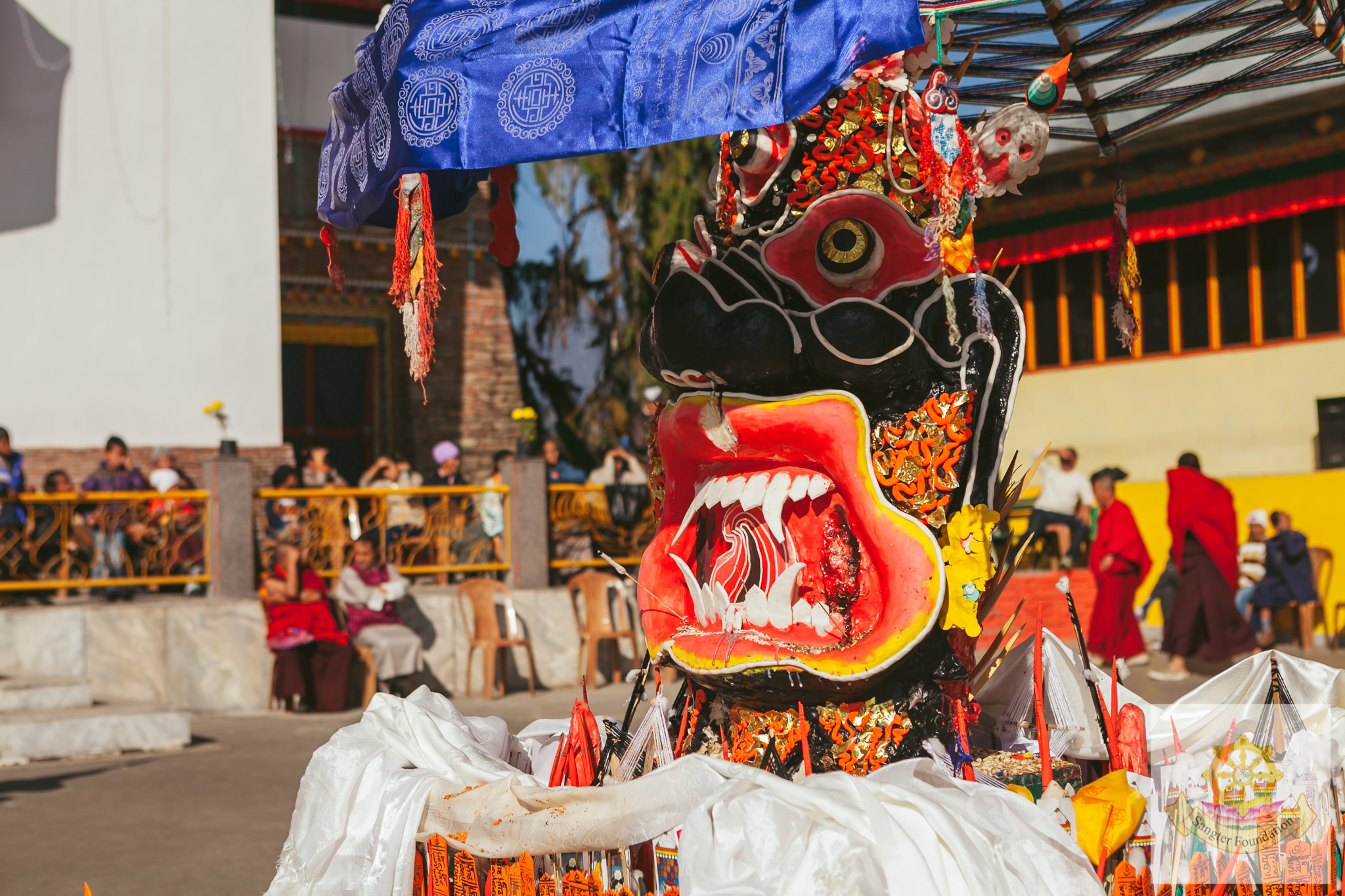 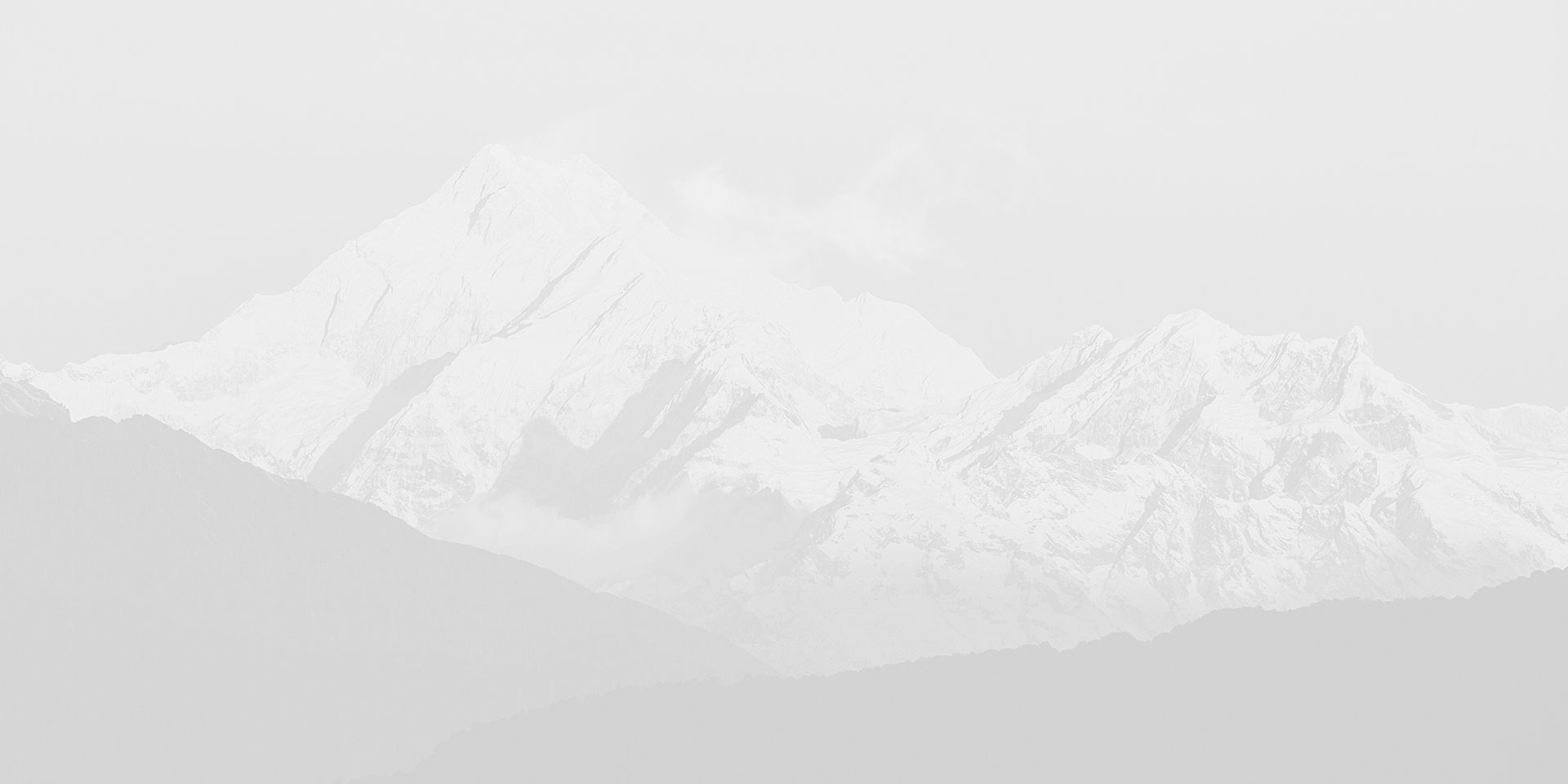 Sangter Foundation operates only thanks to the generosity of friends, students and supporters.
They are all united in a wish that projects, vision, and initiatives of Sangter Rinpoche are successful.
You can choose to financially support our Foundation in different ways: with single donations, regular donations and patronage.
For more information contact us directly at: office@sangterfoundation.org

Please make a direct donation to the Sangter Foundation and support our mission throughout the year.
Thank you very much for your involvement!!